A little over a week ago, posters, fliers, and banners like the one above began showing up at a number of churches around Fountain Hills, Arizona, a city roughly the size of Hastings and located about 25 miles northeast of Phoenix. An article, various OpEd pieces, and a half-page ad also showed up in the local newspaper. Starting May 17, eight of the local churches began a round-robin preaching circuit with the self-stated goal of pointing out “the vast differences between true, Biblical Christianity and so-called ‘progressive’ Christianity”[1] and only slightly more abstractly at the pastor of the local “progressive” United Methodist church, Rev. David Felten, is the author of a book entitled Living the Questions: The Wisdom of Progressive Christianity.[2]

Not surprisingly, in this excessively digital age in which we live, this story has exploded across the country through any number of blogs, online news sites, etc.

Now, you may be wondering why I’m talking about a sermon series in a town more than 1700 miles away. I have to admit that when I sat down to write this June 2015 newsletter article, I had at least 3-4 ideas that I started before settling on what’s coming out of my fingers right now. (Don’t worry … you’ll see those 3-4 ideas later. J) However, when I was searching for background information for those other articles, I stumbled across yet another posting concerning this story. It was probably the 9th or 10th posting I’d seen in the last week alone, and I decided I just couldn’t ignore it anymore.

For some reason, this country has found itself in a deep, ugly, and uncomfortable rut. We’re becoming more and more partisan, and we’re becoming more and more argumentative. Instead of extending a hand of peace and cooperation and compromise, our default has become a pointing finger or even a fist. This happens in politics, and, even more disappointing, this happens in our churches. The rhetoric flying back and forth between the Christian left and the Christian right has become more vitriolic, more accusatory, more hateful.

When did we, as brothers and sisters in Christ, become so bent on seeing what’s wrong in “the other”? When did we become so intent on proving our version of faith as the “right” version, the “only” version? 1 John 4:19-21 says, “We, though, are going to love – love and be loved. First we were loved, now we love. He loved us first. If anyone boasts, ‘I love God,’ and goes right on hating his brother or sister, thinking nothing of it, he is a liar. If he won’t love the person he can see, how can he love the God he can’t see? The command we have from Christ is blunt: Loving God includes loving people. You’ve got to love both.”

You’ve got to love both.

[1] Referenced in article posted at http://www.thefountainsumc.org/2015/05/16/campaign-against-progressive-christianity/. 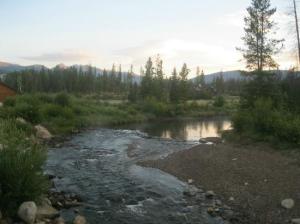 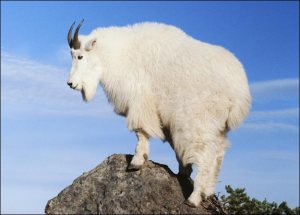 [7] “Mountain Goat: Oreamnos americanus.” Accessed from http://animals.nationalgeographic.com/animals/mammals/mountain-goat/ on 17 May 2015. 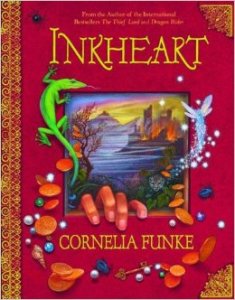 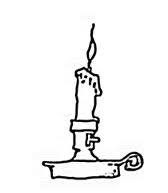